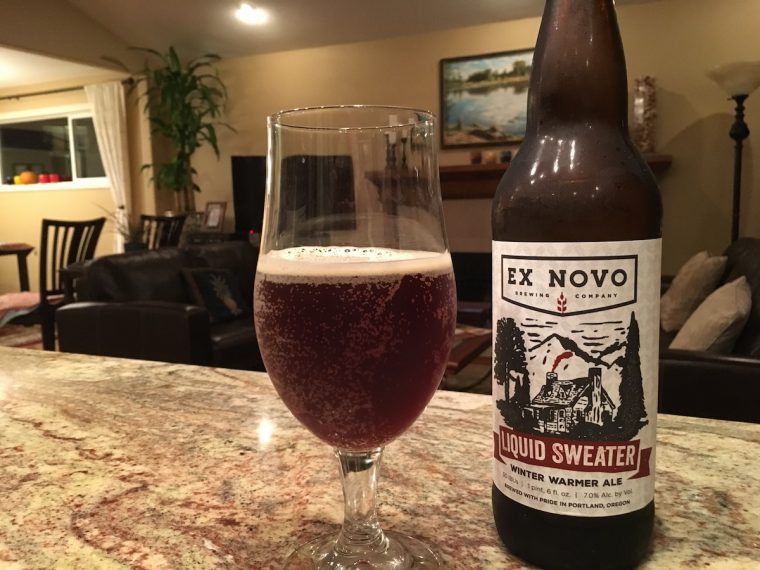 This is a proper Winter Warmer, caramel colored with a thin head of foam, it’s a medium-body with lots of malts. On tasting it is bready malts, lite caramel, and a bit of dark fruits. It’s not too sweet. The generous dose of Willamette hops balance the beer nicely. It clocks in at 50 IBU and 7.0% ABV. Liquid Sweater is a fine example of an English Strong Ale, albeit on the malty side of things. You won’t need a wool sweater to stay warm drinking this beer.

Ex Novo Brewing Company began in July 2014 as a nonprofit brewery donating 100% of net profits to organizations building a better world and bringing hope to places where it is scarce.

PORTLAND, Oregon. – The Holiday Ale Festival will officially come of age this year as it celebrates the 21st annual event, Nov. 30 through Dec. 4 at Pioneer Courthouse Square, 701 SW Sixth Ave. Known for assembling a prestigious lineup of winter beers, the festival will feature more than 50 specialty ales that have either been crafted specifically for the event or are hard-to-fine vintages, underscoring the event’s reputation as one of finest gathering of winter beers anywhere in the nation. 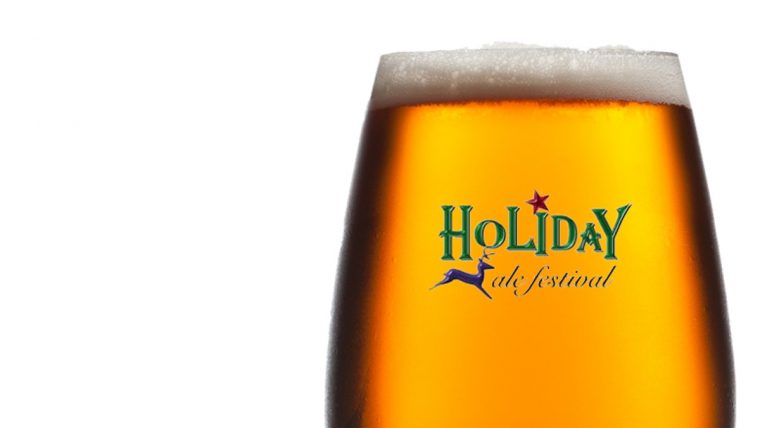 Despite being held outdoors during one of the coldest months of the year, nearly 14,000

Lompoc (pronounced Lom-Pock) Brewing is a gem hidden among the deluge of Portland breweries. Founded in 1996, Lompoc brews mainly for their 5 taverns with some bottling for local distribution. C-Sons Greetings is an Imperial India Pale Ale. 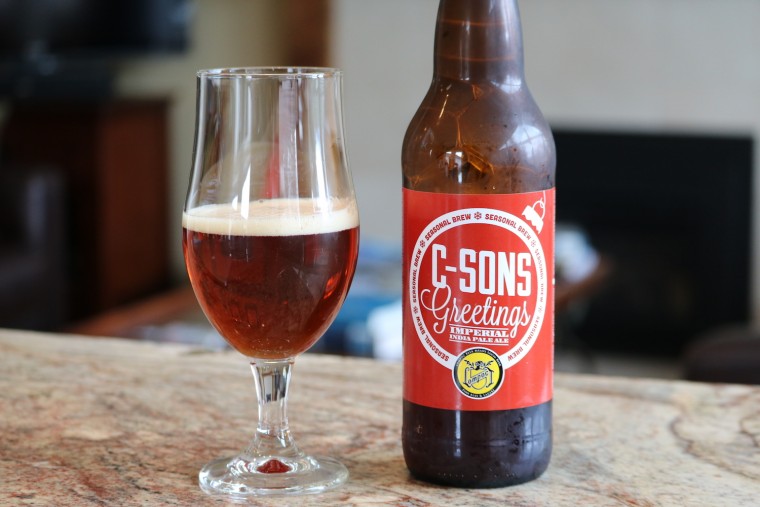 Besides being a clever name, C-Sons Greetings is brewed with all seven of the “C” hops – Crystal, Cluster, Cascade, Chinook, Centennial, Columbus and Challenger. It pours ruby-amber with a finger-width white head of foam. It has floral hops on the nose with some caramel malts. Tasting it, it’s going to be a Northwest favorite – pine and resin hop flavors. There’s a malt backbone that both sweetens slightly and balances the full load of hops.

C-Sons Greetings doesn’t stray too far from an Imperial IPA style. What may make it more of a seasonal brew is it’s a bit richer with malts adding body and balance and a slightly lower 8% ABV.

Ecliptic Brewing of Portland, Oregon made this hoppy IPA. 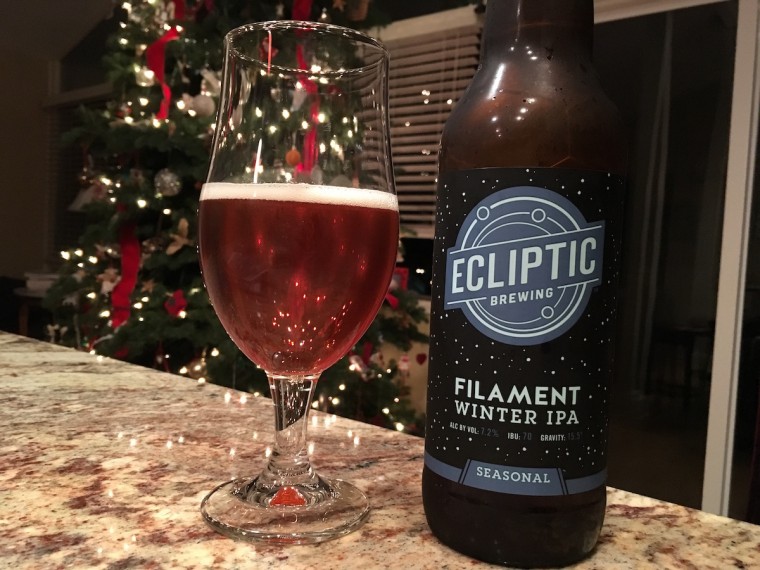 Filament pours orange-red with a light head of foam. The aroma is grassy hops, with sweet honey and caramel from the malts. It’s definitely not just a double IPA. It has a firm malt base of Pale, Munich, and Caramel malts that provide some smooth sweetness. But it is an IPA with citrus and resin from the plentiful Crystal, Chinook and Centennial hops.

It’s a Winter IPA, more body, loads of a hops. It’s 70 IBU and 7.2% ABV strong. Another fine example of a Northwest Winter IPA.

Alameda Brewing Company of Portland, Oregon is no newcomer to the brewing scene. They’ve been brewing commercially since 1996. Their Christmas beer goes by the name Papa’s Old Ale (the label on my bottle) or Papa Noel’s Olde Ale. 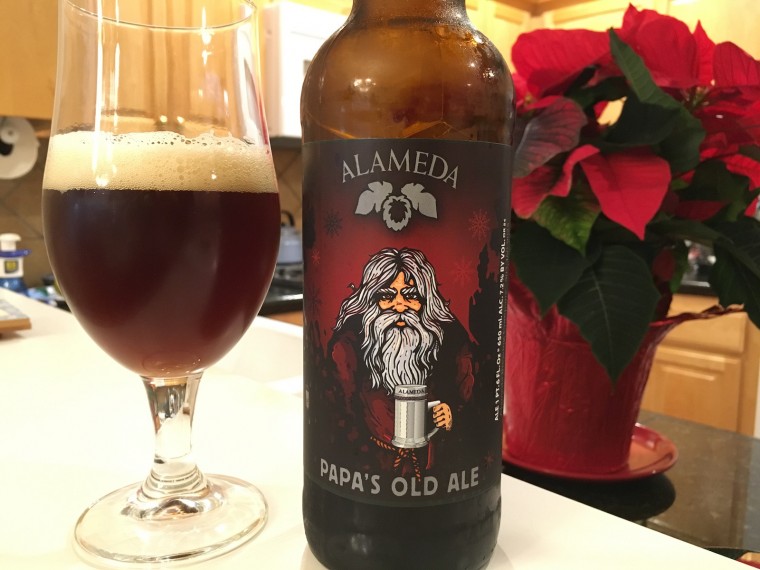 Papa’s Old Ale is a hoppy version of an English Strong Ale. It pours dark copper with a substantial light brown head that retains it’s shape. The aroma is sweet caramel malts and few subtle hints of cocoa and earthy spice.

It tastes as one would imagine: Sweet malty start with caramel and molasses that give way to a bitter hop finish. The generous amount of hops will please craft beer fans. It’s dark, medium bodied, clean and at 7.2% ABV, it’s a fine winter warmer. Very enjoyable.

Pfriem Family Brewers of Hood River, Oregon has only been brewing commercially for 3 years, yet they are producing excellent beers. The Pfriem Winter Ale is an unmistakable Northwest ale. 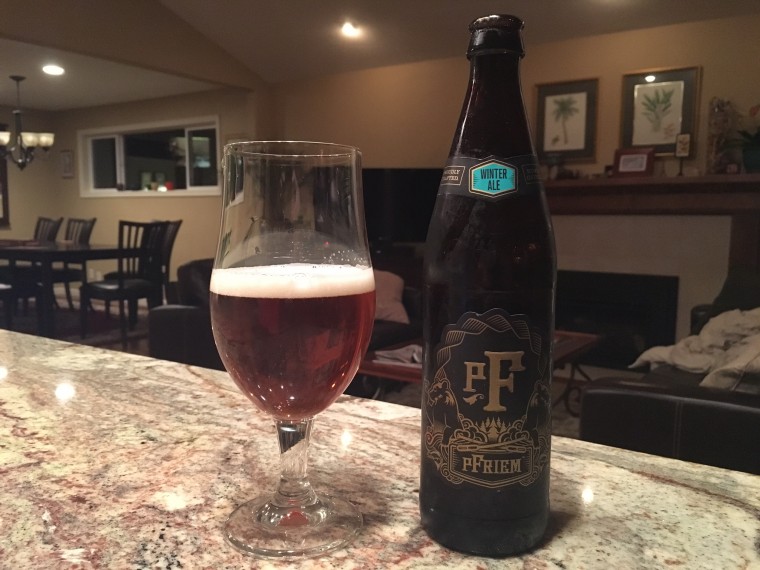 Winter Ale pours amber with a bubbly head of tan foam. The aroma is fruity hops, orange zest and loads of pine. Smells more like an

Jubelale is a medium-bodied, dry malty with hops Winter Warmer out of Deschutes Brewery in Bend, Oregon. 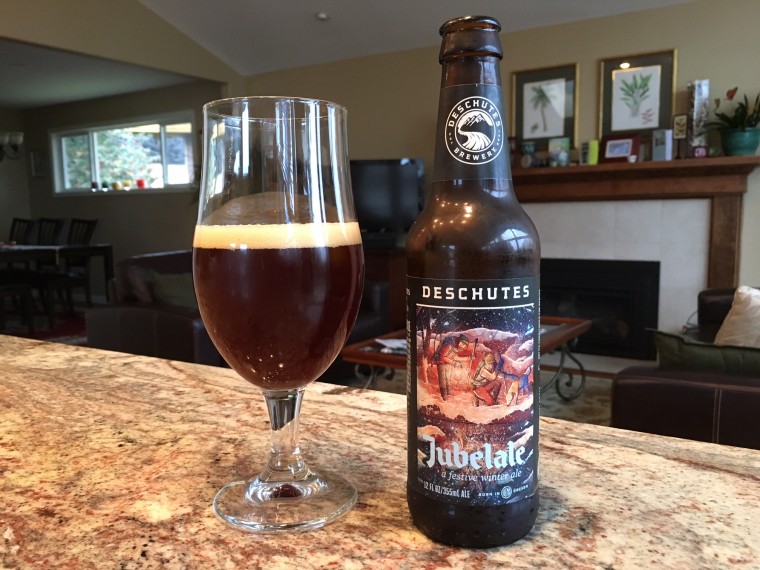 Julelale is garnet colored, and pours with a finger-thick tan head of foam on top that disperses to a layer of small bubbles. The aroma is roasted malts, dried prunes, with molasses and