Clausthaler, from Germany, is leader in non-alcoholic beer. I know, I lost you at “non-alcoholic.” But bear with me, because with Santa Clausthaler’s fantastic Santa headshot on the label, it can’t be all that bad! 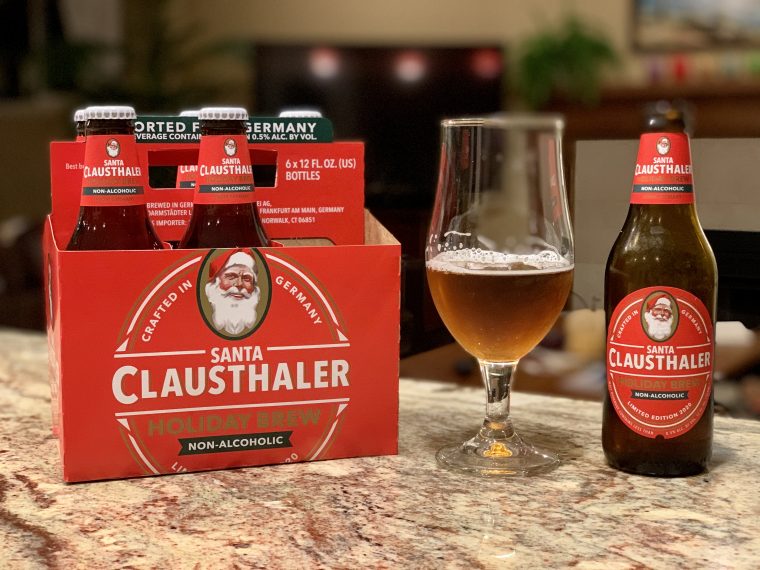 On opening a bottle and pouring, there’s a nice head of light foam above a slight rose-colored liquid. On the nose, there’s a pleasant aroma of cinnamon and sweet cranberry. Turning to the back of the bottle, the label describes the drink as: 50% Clausthaler non-alcoholic malt beverage and 50% cranberry-cinnamon drink.

It tastes as it’s labeled: cranberry and cinnamon. It’s not overly sweet like a cranberry juice. It has nice carbonation, a zingy mouthfeel, and a clean finish. Perhaps it’s the 50% malt beverage that provides dry backbone to the mix. There’s just the right amount of cinnamon. It’s 0.5% ABV.

My preference for a Christmas beer is a higher ABV malty dark ale. I couldn’t imagine liking this drink, but I do. As a long as I think of it as a drink and not a beer. Works for me.

A favorite brewery is Reuben’s Brews in Seattle’s Ballard area. They produce 175+ beers each year. Loads of creativity within Reuben’s. Reuben Claus is a festive Porter. 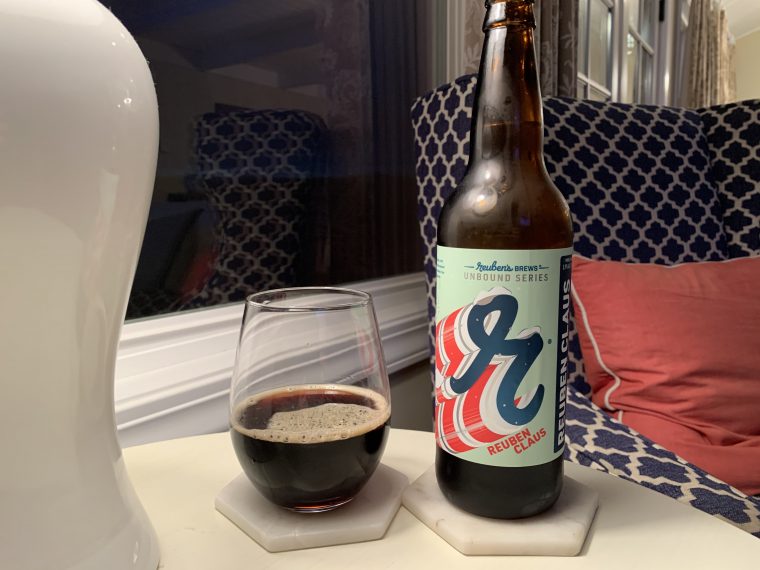 Reuben Claus is based on Reuben’s Roasty Porter, made with 7 malts. The base normally has chocolate and coffee notes. Reuben Claus is infused with peppermint (think candy canes but without the sweetness) and cocoa nibs. I pick up a hint of peppermint on the nose and the finish. The cocoa nibs blend well with the roasty malts. If you like flavorful Porters, you’ll enjoy Reuben Claus. Reuben Claus is a reasonable 5.9% ABV and tastes much bigger. 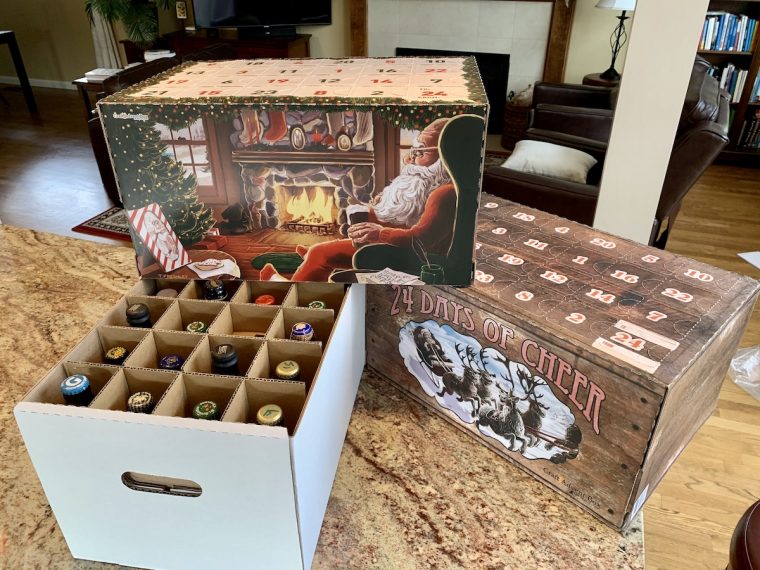 In the UK and Canada, specially decorated cases of beer are available each November. In the United States, shipping beer is difficult, due to archaic and jumbled alcohol laws.

The 25th year of the Kerstbierfestival in Essen, Belgium was held December 14 & 15, 2019. This is the premier Christmas beer festival featuring an amazing 230 Christmas beers. You can see the full list here.

The festival attracts Christmas beer fan from around the world. This year there were 27 nationalities including from 19 different US States and 2 Canadian provinces. Those attending voted on their favorites and here’s the list.

The 10 favorite Christmas beers from the 2019 Belgian Christmas beer festival contain both favorites and new entries. The list begins with the beer name, the brewery, their location, and the movement on the list relative to the 2018 Top 10 list. Click the links to read out review.

The festival will be back in 2020 on December 12 & 13. Be sure to buy your tickets ahead of time in August or you won’t get into this popular event.

My favorite Christmas beer is Stille Nacht by De Dolle Brouwers. It’s not the normal malty style Belgium Christmas beer, which are wonderful, instead Stille Nacht is a golden, sweet, complex beer with fruit notes that ages beautifully. 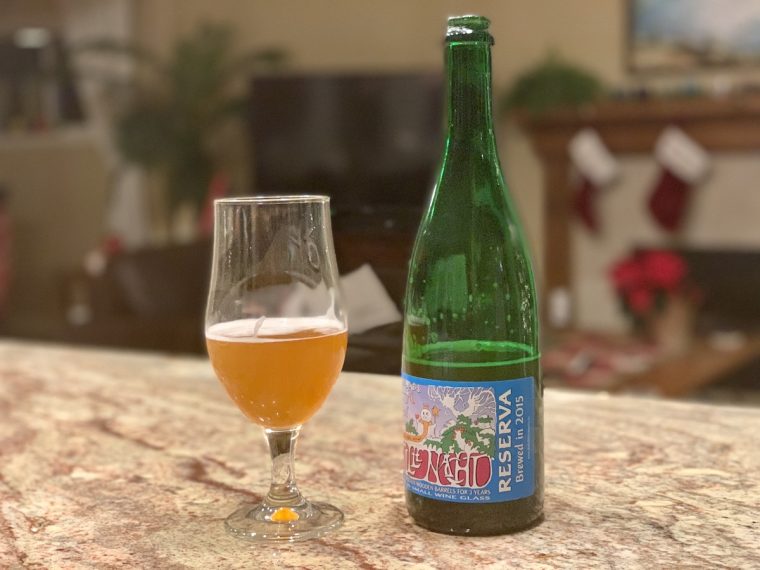 Every 5 years, Kris Herteleer releases a barrel-aged version that he calls Reserva. The Stille Nacht Reserva 2015 is out and here’s the story.

I spoke with Kris Herteleer the brewer at De Dolle Brouwers about the history Stille Nacht beer. He told me the story of the first brew back in 1981. 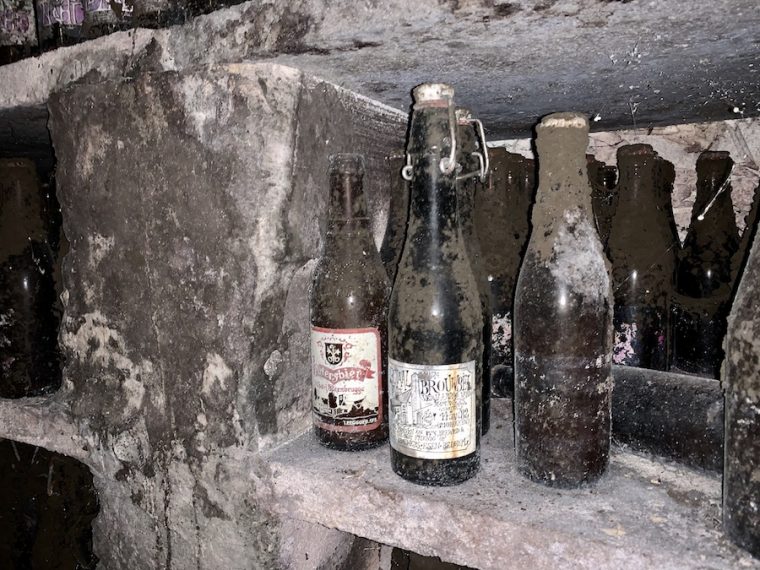 In 1980, De Dolle Brouwers (meaning: the mad brewers) brought back to life a 150 year-old brewery, closed since World War I. The first batch of what was to become Stille Nacht was brewed the following year.

“The first time it was like a stronger version of Oerbier. It was dark, and the people they complained, they wanted the good Stille Nacht, and they got Oerbier.” (Oerbier was the breweries first beer.)

“And I said, is Oerbier not good enough? I said, I will change the recipe, and put our pale malt instead of the complex malt situation of ould beer. But the first was not called Stille Nacht. We had not yet a name. It was called Special Brouwsel. With white labels.”

“It was a very dark beer, and was very strong, boiled for a lot of hours. In fact it was too strong. So the fermentation did not work as it should go, and after one year of lagering, we finally bottled it, but we didn’t know much how to bottle.”

“Even though we would have problems to let it re-ferment because the density is too strong, maybe with champagne yeast, which we are using now for the Reservas. It’s not always certain to have a refermentation with such kind of beers. So we had the beer, and it was flat. We say beer in Belgium must foam, otherwise we cannot serve it.”

“We were a bit ashamed with our microbrewers and homebrewers.”

After that first brew. Kris changed the recipe and the name, producing Stille Nacht to this day, one of the best Christmas beers in the world.

To Øl 1 is a recent brewery with a lot of success and a huge following. The commercial brewing began in 2010. In 2014 Ratebeer.com ranked them as the 9th best brewery in the world. They currently export to 40 countries. On to the beer… 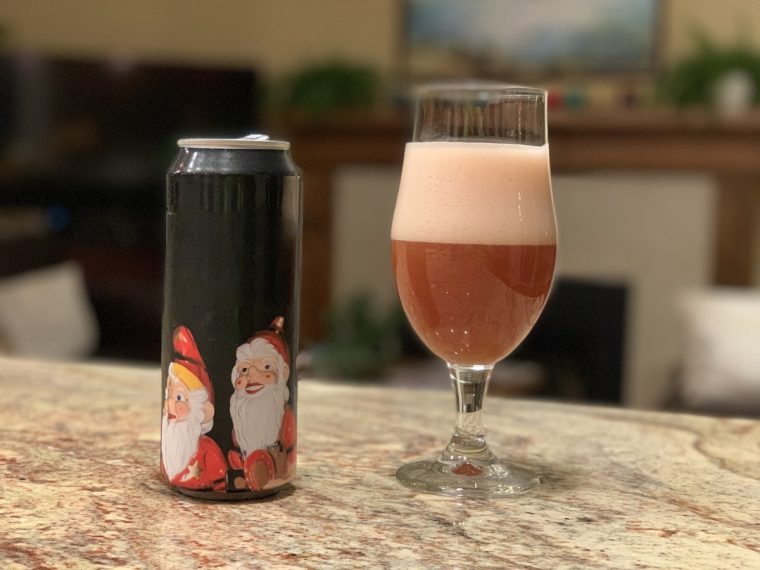 Ton of… Christmas pours a opaque hazy blush pink, with a huge head of blush tinged foam. It has a vivid tart taste. It’s brewed as a Berliner Weisse along with cherries, redcurrant, and prunes. The fruit provides a kaleidoscope of flavors resulting in a complex, interesting beer. The tart fruit taste is a refreshing change from the syrupy malt bombs that are passed off as Christmas beers these days.

Ton of… Christmas weights in at 8.1% ABV. Look for the cute Elves on the label.

To Øl brews a number of Christmas-themed beers. And even sells a beer Advent calendar. Take a look at them here. I’d love to try the rest of their Christmas beers, especially the barrel-aged versions.